Robert Roy Burney, (known as Roy) was one of two official photographers of the Canadian Avro Arrow, (pictured above). He purchased this piece of crown land in 1954 for $25.00. After the Second World War, the Ontario government encouraged the development of vacation homes in this area. (Even then, much of Muskoka was already developed) and Haliburton was the ‘new frontier’. Travel, especially by air, was reserved for the wealthy. For the middle class, cottages were the common summer holiday. 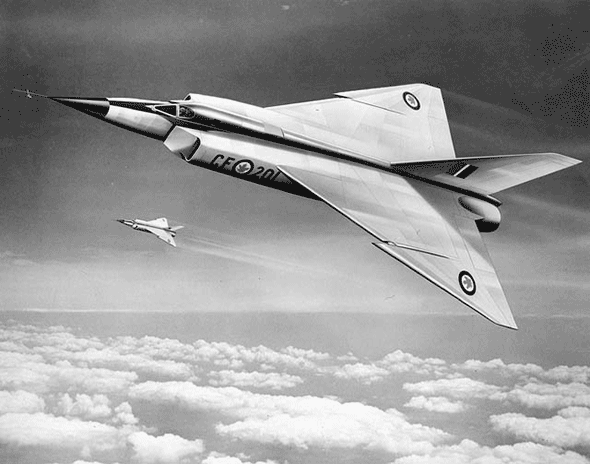 Artist’s image of a pair of Avro Arrow interceptors in flight. The closer aircraft is CF 201, the first Arrow to be completed. Originally by the National Film Board of Canada. From the collection of Libraries and Archives Canada, MIKAN no. 3388027

He completed building the cottage in 1955 without power tools and without road access. Every weekend, he drove up from Toronto, parked at the landing, and would boat in with his hand tools and supplies. He was 25 years old.

Road access was created in the early 1960’s and is still maintained by privately owned cottages today. Indoor plumbing was not installed until the 1970’s. In the late 1990’s, the township asked Roy to name the current road the cottage is on as he was the first to build a cottage in this area. He chose the name Cottage Lane. It was also in the late 90’s that Roy decided to build an addition and increase the cottage by one bedroom and one bathroom.

He loved spending time here whether alone with his beloved Black Labrador Brooke, and of course, with the family. He will be forever remembered by his family for his favourite saying at the cottage: “Ahhhh, a day at the cottage feels like a week.” 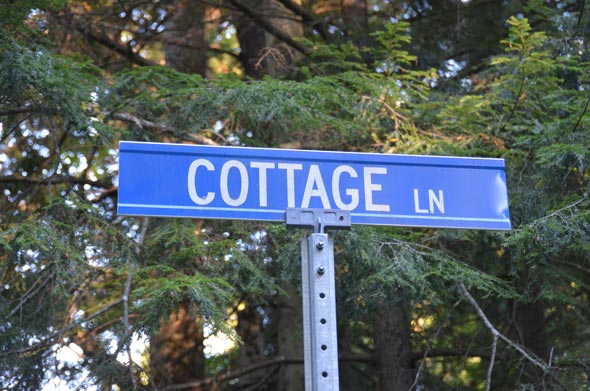 Special thanks to the present day owners, The Zhang family, of the former Burney cottage, for sharing this article that was left in their cottage.  Rob Burney, son of Roy, wanted the history preserved and so do we.  Source of the article is unknown.