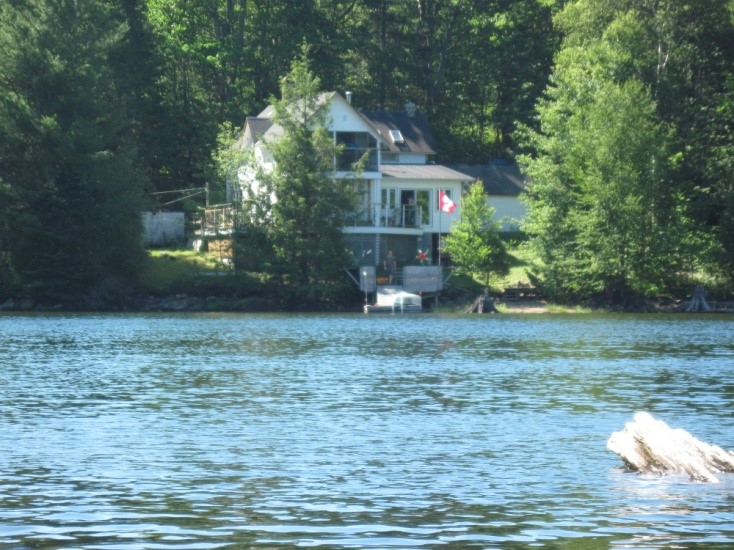 If you have ever paddled from Sherbourne Lake or even Little Hawk Lake towards the landing at Big Hawk, you may have had the same thought as John Logan did in 1972, wondering who owned the big old house at the end of the lake. He was on a canoe trip with a friend and jokingly said; ‘I should buy that old place’. He did just that in August 1973. He purchased the property known as the Government House from Robert E. Butler, of Woodbridge, who had owned it since 1941 and used it as a hunting camp.

Butler had purchased the Government House on October 1, 1941 but did not own the land until the sale was approved on December 10, 1949 by Land Sale Authority from the Department of Lands and Forests. Between 1941 and 1949, he paid an annual fee to the Department Of Lands and Forests of $5 for the use of the land. This was the going rate for hunt camps or summer resorts at the time. In the late 1970’s, John met some men from Hamilton who had rented space at this Government House camp, when they came back to visit. There are also dates carved into the wood around the door as well as the name ‘Mimico’, which happens to be a part of Toronto close to John’s present city home.

An inspection done on July 21, 1947 describes the property as having had some improvements and valuing the property at $2,500.00. Butler had estimated its value as $1,000 in the application to purchase which he filed on July 10, 1947. Whatever the value, it’s clear that the hunt club renters did not take care of this property.

The ‘Government House’ had been sorely neglected when John purchased it. It took many gallons of white paint to restore its stately appearance. Painting and putting screens on the windows was just a beginning of many years of labour. Yet John was not afraid of tackling all that needed to be done for the Government House. He took courses to learn plumbing and electrical work and did most everything on his own. He changed the five small bedrooms to three and added a bathroom. All of the tongue and groove pine walls came down, were numbered, and stored as John slowly worked from room to room adding the wiring, plumbing and insulation. Eventually the numbered pine boards went back up to complete the walls.

Another change happened in 1999 when the boat house was taken down. John tried to have it jacked up, but it was just too rotted. It was replaced by a new room adjoining the living room to the shed. This new pine room has a “boatment” (combination boathouse/basement) underneath.

Interestingly the pine in this new room is panelling made from a 90’ white pine that is pictured as a young tree to the right of the boat house in this photo taken around 1920.   The white pine had developed blister rust and was taken down in 1990. 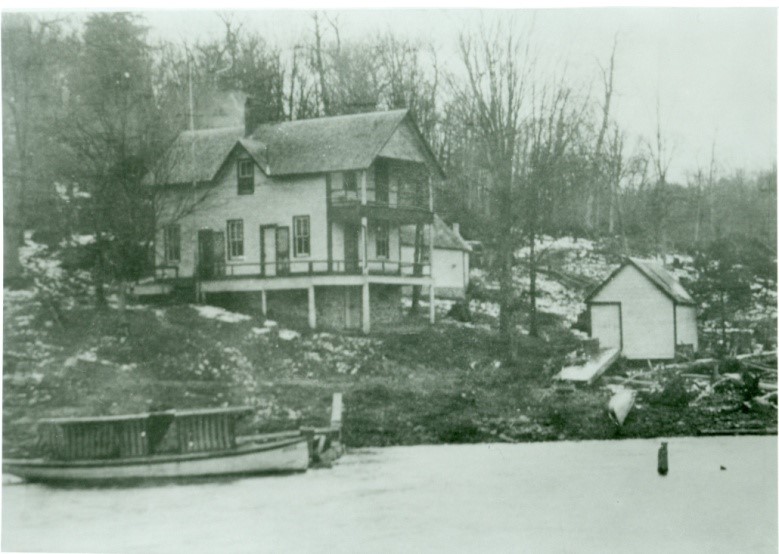 The Government House has been a labour of love for John’s family. Unfortunately it was also the cause of John’s death in 2014. He had used an insulation product that contained asbestos while working away in the 1970’s. He developed mesothelioma, the asbestos cancer, as a result. John’s family continue to love the house and Big Hawk Lake and will take care of it in his memory.