The best place on the planet 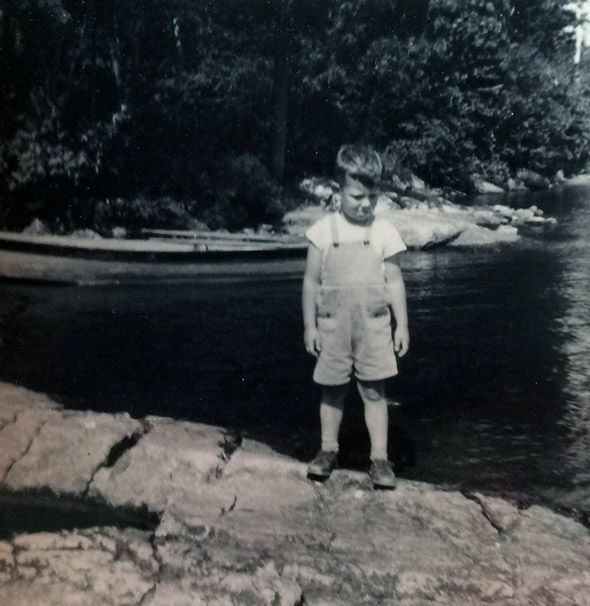 Neil McGregor in 1950 at Shadow Lake, beginning a life-long connection to the Haliburton Highlands

I first came to the Hawk Lakes in the early 1950’s.  Prior to that time my parents and extended family had rented a cottage on Shadow Lake.

In the early 1950’s my parents purchased a lot on Big Hawk Lake on the west side of Scott’s Bay, thinking that they were getting the ‘big rock’.  They found out later that their desired building location atop the rock was crown land and that their property ran for 300 feet, north from the rock.  Disappointed, they put the building project on the back burner and bought a little cottage at the Narrows between Big and Little Hawk Lakes, across from where the totem pole is today. 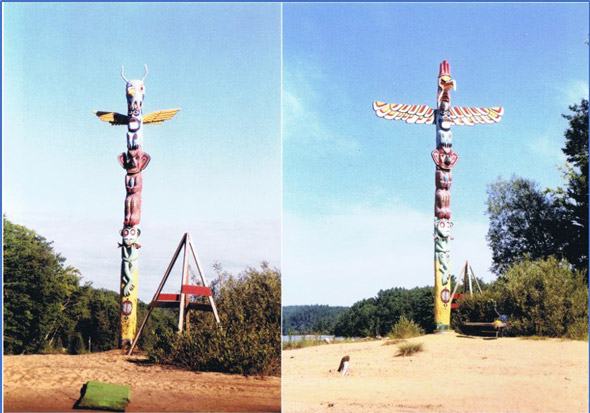 We dealt with the Hewitts at Little Hawk Lodge and came in by water in our wooden flat bottom boat.  I think our first motor might have been an ‘Elto’ (Evinrude Light Twin Outboard), or possibly a Viking.  In any case it was very hard to start and sloooow.  If you wanted to go backwards you turned the motor all the way around.  We seemed to shear a lot of pins with it for some reason too.  In the fall the water would be down so low that we had to leave the boat on the east end of the Narrows and walk in to the cottage.

Getting to the lake was an all day trip, going from Bowmanville north around Lake Scugog and then following the old highway 35 around all the lakes, scenic but it seemed to take forever as a kid. 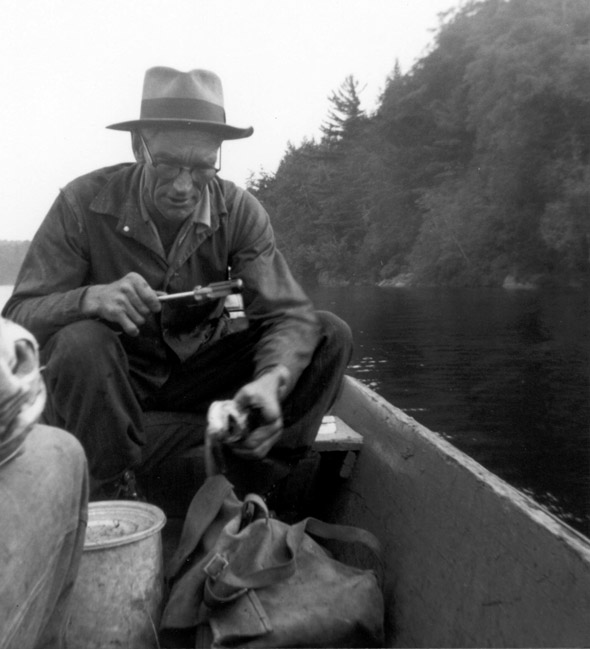 We didn’t have electricity at the cottage and Dick Hewitt would bring blocks of ice for our ice box.  I always admired the big ‘work motor’ on his ice boat.  My parents purchased a new Johnson 5 1/2 HP for our flat bottom in 1958 and we still have that motor today.  It made quite an impression on me, with gears and a twist throttle, however our neighbour had a 7 1/2 HP and I thought we should have gotten one of those instead.  As a teenager in about 1960, I built a Sea Flea and bought a used 1954 Johnson 5 1/2 HP motor.  That motor went to a collector of old motors a long time ago.  Our  green flat-bottom boat, built by Ev Hewitt lasted a good long time. 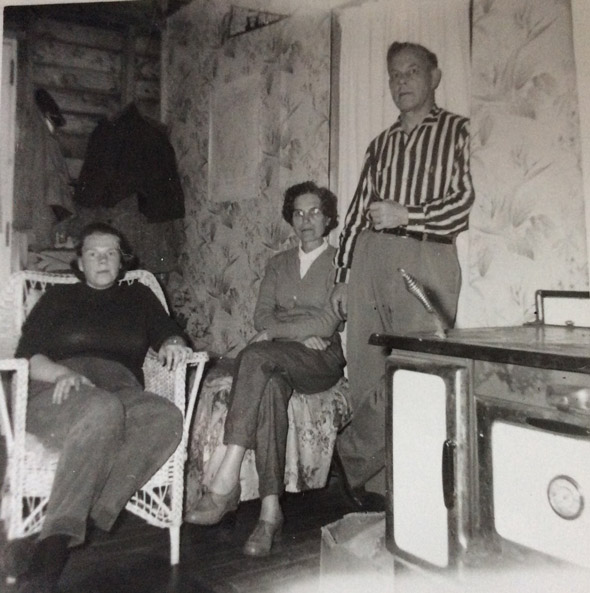 Neil’s older sister Janet and their parents at the cottage at the Narrows, circa 1956

1958 was the year our next door neighbour at the Narrows, Gord Stiver, decided to move north permanently and start his building business.  My parents became his first customer and they had him build their dream cottage on the lot on Big Hawk Lake.  They even moved the cookstove, pictured above, over to the new cottage on Big Hawk….boy was it heavy!  The cottage at the Narrows was sold, but it is still there and now has road access.

The cottage on Big Hawk in its original form

As a then 12 year old I was entrusted with bringing lumber and supplies over to the building site.  Lumber was piled across the gunwales of two flat bottom boats which effectively held the boats together.  I was quite proud that I could control the tandem boats and navigate using one motor.  I don’t suppose this arrangement would pass an OPP spot check today!

We switched to Big Hawk Marina and I remember the little lockers where we stored our motor.  They were in the boat house which at that time was on the water side of the road. 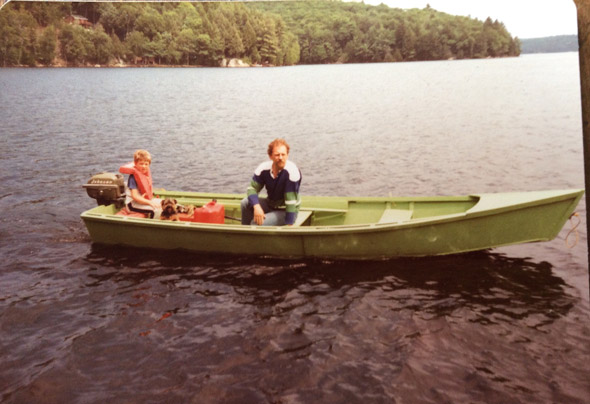 With the death of my dad in 1972, my mother passed the cottage to the next generation with a time share arrangement.  We have carried that on and have now included the great grandchildren.

We still go in by water to the best place on the planet. 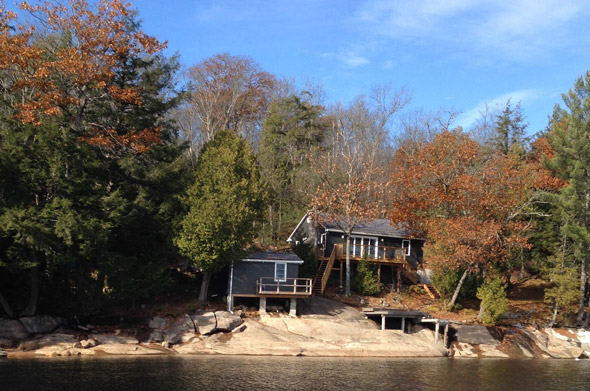 The McGregor cottage on Big Hawk as it is today

written by Neil McGregor and edited by Joan Hamilton