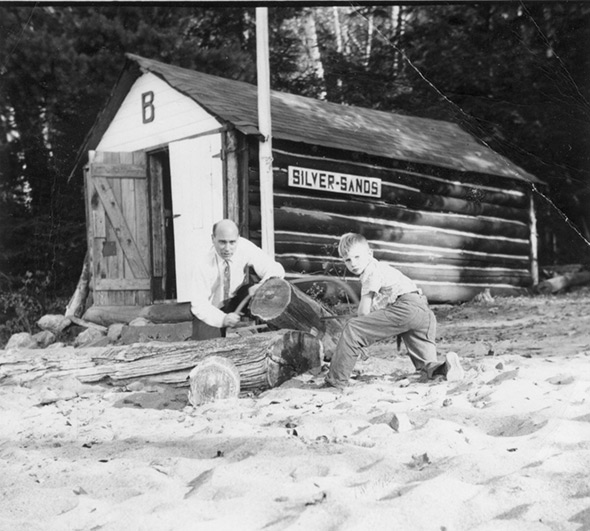 In the early 1940’s, a young school principal from Oshawa, named Edwin Higgins, frequently travelled north to the Haliburton area with a buddy and a canoe to fish in the pristine waters of Halls and the Hawk Lakes.  Eventually, the two young men thought it would be great to own property on one of the lakes.  Although his friend never followed through with the idea, Higgins chose a piece of land with 300 feet of beautiful sand beach on the south shore of Halls Lake and in 1945 acquired the 4 acres of crown land for $91.50.  On it he built a rudimentary cabin and boathouse (named Silver Sands).   They were constructed of poplar logs and chinked with moss, both of which were likely obtained from the property.  The cabin was small, composed of one main living area, with a stone fireplace at one end and two small bedrooms partitioned off at the other, a small lean-to-like shed at the bedroom end with an adjoining door, and, at the opposite end, a kitchen, with a big black wood-burning stove and an ice box.  For some reason there was no door from the kitchen to the main living area.  The cabin was quite picturesque, nestled about 60 feet back from the shore in front of a huge rock face that resolved into a steep hill that reached back 600 feet from the shore.   However, the living was not easy by today’s standards.  There was no electricity, running water or road access. 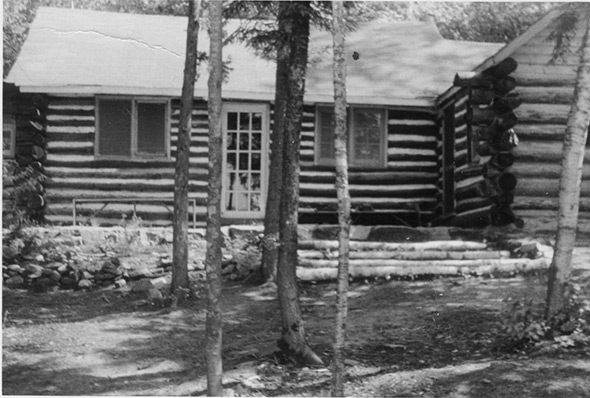 The original Higgins cottage circa 1954

This was the state of the cabin when Norm Wallace and his wife Vi, rented it from Higgins in the early spring of 1946 to live in while Norm started building his rental cottages on the adjacent property to the west, later called Highland Cottages.  In his memoirs, Norm indicated that the cabin was ‘fairly comfortable as long as the fire burned’.

By 1951, Ross Brereton, who worked in Toronto for the Federal Government, no longer wanted to rent cottages for a month each summer for the family vacation as he had previously done first on Lake Ontario, then in Haliburton and Muskoka.  Thus, he started searching for a cottage to purchase where his young family of four children (Bruce, Alan, Mary and Don) could enjoy the out-of-doors for the whole summer.   Because his cousin, Marean Kirkconnell and her husband Jack had a cottage on the east shore of Boshkung Lake, Ross was motivated to look nearby.  In the fall of 1951, he noticed an ad in a Toronto newspaper for the Higgins’ cottage and the family immediately travelled to see it.  By then they were able to drive to the current Brundage cottage and walk by foot across the beach to the log cabin.  They loved the property, but Ross’s wife Clarice thought they should ‘put a match to the cottage’.  It wasn’t until February of 1952 when Ross noticed a second ad for the Higgins’ cottage, that he made an offer of $2800.  Higgins accepted the offer.  Thus began the Brereton’s love affair with Halls Lake.

Ross immediately hired Ernie Swan from Minden to wire the cottage and make the electrical hook-up to the hydro line for a total cost of $100, dug a well in the sand close to the high water mark as a source of running water in the kitchen, put cement chinking between the logs to keep out the bugs, and cut a door between the kitchen and the main living area.  Eventually, he made a deal with Norm Wallace whereby he paid for the construction of a gravel road from the current Brundage cottage, behind four of Norm’s Highland Cottages to his cottage in exchange for the right of way. 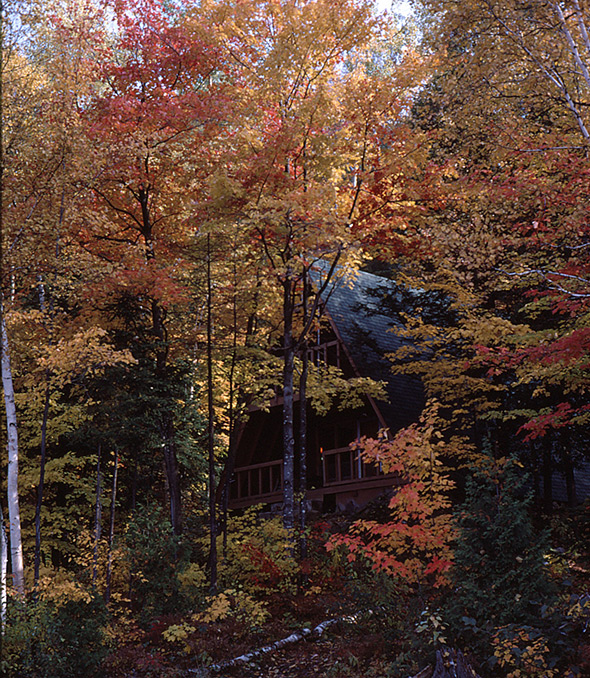 It wasn’t until 1963 that the Brereton’s abandoned the log cabin in favour of a new family built insulated A-frame cottage at the east end of the property with 3 bedrooms, indoor plumbing, electricity and no place for the mice to get in.  Clarice was ecstatic!

In 1971, Stanhope township announced that the by-laws would be changing to permit properties to be subdivided into lots with a minimum of 200 feet of shoreline.  Thinking about his children and their love of the property, Ross decided to subdivide the 300 foot property into three 100 ft. lots, the minimum footage allowed before the new law came into effect.  He and his wife took possession of the A-frame cottage lot and the middle lot respectively while the third property, with the old log cabin, was transferred to Alan since he was the only one interested in it at the time.  In the spring of 1972, Alan with his wife Mary tore down the old log cabin and built a Viceroy cottage on the lot.  In 1976, they replaced the old green log boathouse which was situated on the west side of the middle lot, with one that could actually house a boat.  It was in this environment that his 2 children (Ian and Lisa) spent their summers.  In 1985, after both Clarice and Ross passed away, Bruce and his family took over the A-Frame.  Eventually, because Ross’s other two children, Don (who had moved out west) and Mary (who had a cottage in Muskoka) were not interested in having property on Halls Lake, the middle lot was split with half going to each of the adjoining properties, making two 150 ft. properties.  In 2000, when Bruce died, his children decided to sell the A-Frame.  Not wanting the property to go out of the family, Alan and Mary’s two children, (each of whom had recently married), jointly purchased the A-Frame.  Now their four children enjoy ‘cottaging’ at Halls Lake with their parents and grandparents. 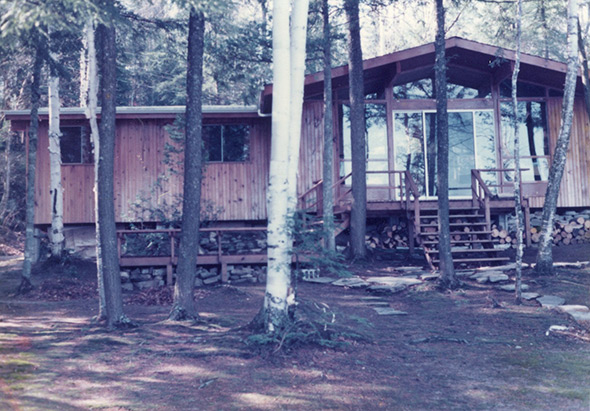 The replacement Viceroy cottage built in 1972